AFTER a semi-conscious break from posting anything on social media in recent months, I felt to write a wee random blog article this week.

I’ve just had a quietly amazing, life-giving weekend, having had the privilege of serving on the prophetic prayer team at the ‘Open Skies’ worship festival in Shane’s Castle estate, Antrim. 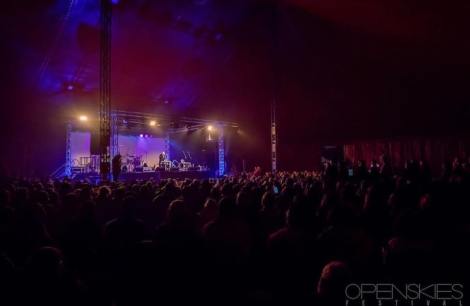 If you were there, you’ll understand what I mean. If you were not, you might want to consider coming along curiously next year. A grand old time was had by many. (A huge thanks and shout out to all those involved with organising and instigating it all by the way – the fourth one definitely the best so far).

Having Heidi Baker around is always a challenge and a treat.

This past week I’ve also had the privilege of completing the trilogy of journalistic feature articles I’ve done this year for a national USA magazine – amidst others – on a specific type of animal, namely, the WHITETAILED DEER.

Believe it or not folks, country girl that I am, I’ve become (hilariously to me) sought after for my writing and historic, detailed tale-telling on international white-tailed deer, and scientific article writing for a wider audience. (To God be ALL the glory).

I’ve been commissioned not once, nor twice, but three times, to write for a specific high selling national USA magazine I am deliberately not naming here. God has a hilarious sense of humour, and there’s quite a story behind it all I won’t go into fully here. But it made me laugh and was no wonder the guy I most recently interviewed about New Zealand whitetails on Stewart Island, NZ, asked me, “how on earth does a Northern Ireland girl get commissioned to write for a national USA magazine about New Zealand whitetails?” When one puts it like that, it’s quite amazing, and honestly, I had to say, “Yeah, good question!!”

The answer, I have to explain further, though, was and is favour from my good, good Father, my good, good God, sprinkling sweet favour I believe added on to hard work and creative graft. (God is SO creative, and totally able to do above and beyond all we can ask or imagine). It actually all came about as a direct result of prayer, and specific inspired thoughts that came into my head after that.

Yes, my creator may have given me a tiny wee bit of talent but only HE can open the doors, for us sometimes, (and only HE has given me any wee ounce of talent, gifting or ability I may or may not have, – as is the case for all of us if we have the humility to recognise it anyway – so for me, He gets ALL the glory).

God is very gracious. Very merciful and very kind. Even -and especially – when people are not. We Christians often ‘screw-up’ – and that saddens me greatly. But God never does.

When I wrote just over a year ago, in my Spirit-led post entitled, ‘Silver linings amidst adversity’ feeling quite crap, let’s be honest, but feeling also led to be really honest and vulnerable for the benefit of some others out there who might be needing some encouragement or ‘realness’ amidst all the other bull-crap of social media, and Northern Ireland ‘keeping up with the Jones.’ I had a feeling I was to trust and see what God would do, if I would humble myself and tell the world vulnerably of my frankly fairly arduous recent journey with deeply frustrating attacks on my health, and hitting a serious road block with the plans I had had.

I took an intentional risk in sharing authentically, had faith that Father God would turn it all around for good. And I had faith that eventually God will weave everything together for good – as is his speciality – into an amazing tapestry. All of this amidst re-defined definitions of success that are not of this earth. Success is knowing God and being known by Him. Full stop.  I also knew he was teaching me as his child to hear and obey his voice and his voice alone, not any  mere human, no matter the cost. Even if a few former friends have misunderstood, done the usual NI judgemental analysis and wrongly walked away.

Never did I quite envisage, though, that in the year to come I’d write for US magazines, see my Dad’s dream of a new bungalow built come to pass, continue to see my cousin defy the odds three-and-a-half years later after a terminal cancer diagnosis, or get to serve and be a tiny part in God moving powerfully and pertinently this past weekend in my own beloved land. Seeing YEARS of prayer start to be answered, not to mention further beautiful moments and times arousing hope with substance and foundation, arouses hope and tenacity for more.

Nothing compares to spiritual fulfilment and contentment. The kind of ‘success’ money and the things of this world cannot buy.

In the coming days and weeks, everything is about to change for me all over again.  Life as I have known it, is about to be shaken up.

Conventional middle class living isn’t for those who fully yield their lives to the living God and real spirituality. Comfortable tendencies are going to be erupted all over again. Once again I will be stepping out in faith. God as my full provider and gracious guide. Once again I know it will not be easy. But once again I know that I will never be alone. He is with me, GOD is for me – and if God is for us, who can be against us?

Life is full of twists and turns, but it’s good when we know that Papa God is in them all.

It’s good to know that the God who is steadfast and unchanging, remains the same, even when all else around us changes. Even as the world we know continues to change and accelerate into new territory with unimaginable speed.

Whether under ‘open skies’, writing about white-tailed-deer or working in world class hospitality – all whilst dealing with overcoming frustrating health challenges which try to wreck one’s life, God has remained faithful, constant, and good.  Many ongoing challenges still remain, as I’m sure they do for you too, but I am thankful He has created me – and all of His children – to be overcomers.

We are overcomers by what Jesus has done for us on the Cross, and the sharing of our personal stories. Here I simply have humbly offered you mine: Just as I shared the negative (against the grain of social media) boldly last year, so now I share some fresh pertinent positives, and hope, pray and believe for it all to be an encouragement to some person, people, or alien species(!) out there.

If you’re going through a tough time at the minute, don’t ever give up: Dig deep and keep going. Character is being forged in the fire. (IF you know the GOD of character. And if you do not, you can, so get in touch or speak to someone who can introduce you to a personal relationship with the ‘Great I Am.’ Not religion, but real relationship). Don’t be afraid to reach out for help, whether practical or prayerful. Great friends are a gift from God, and I am very thankful for mine. Scientific studies are increasingly proving what to me, is common sense anyway, that friendships and strongly positive relational networks can help us get through dark times much more easily when present than not.

A simple thing called love, is a powerful, powerful thing.

Adios amigos – the world is your oyster. As it is mine.

(This will be my last blog of this nature from this past 15 month season. )