EIGHT weeks ago tonight was my last ever evening riding my trusty moped in Redding, California.

It offered a practical, fun and highly economic solution to the lack of public transport and generously designed “sprawl” of North American cities. A filled tank did 4 journies for less than two dollars. You can work out the maths yourself. You can also take the girl out of County Antrim, but you can’t take County Antrim out of the girl.

Late that afternoon, I had quickly made a fresh round of Irish soda bread and hand delivered it as a surprise to my friend for his birthday, straight out of the oven.

My American house mates – despite thinking I am quite quirky, openly loved the attractive aroma of freshly baked bread often smelt in those days in our home – thanks to yours truly – combining well with my North Antrim dulcet tones.  My friend (whom I’ll protect the identity of, by calling him John), told me he particularly loved my fresh baked bread- (which had recently become a bit of a trademark in California, believe it or not). So i decided to make an additional batch, not knowing it would be my last baking session in USA. Did it not add to the banter that this friend happened to be an Asian soda bread lover in Northern California?

Later that sunny, warm evening, I rode over to Hillside Church and attended a worship evening with Sean Feucht and others who had just returned from a Bethel Church mission team which had just toured the North West Coast and the main road route known as “I-5”.

Once parked, I walked across the car park – “parking lot” as they say up in those parts – and ended up walking alongside Sean. I all seems all the more surreal eight weeks on. I sensed it was going to be a significant evening.

It was. For reasons I won’t take time to go into here.

Suffice it to say, however, it was a joyful, celebratory time. A special evening, at the end of a period of over 90+Bethel teams returning to Redding from many national and International destinations – many of whom contained friends I had committed to faithfully pray for during the previous 2 weeks. It felt like a apt conclusion. And yet, I was hungry for more.

Riding home on my Yamaha Vino that pleasant Spring evening, I was thinking upon many things. However, i was not to know what would later befall me less than 24 hours later.

Arriving back at our apartment that last “normal” Tuesday night, I put the bike into the garage, locked it up and walked away for the night. Just as i normally did, every other recent Tuesday. Not knowing it would be for the final time during that privileged period in Northern California.

Eight weeks can indeed be a long time.

I’m very thankful to have lived to tell the tale(s). 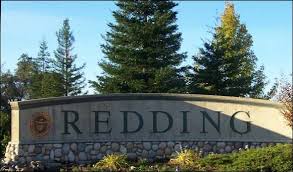 Check back in 48 hrs for the next installment.