Just over three months ago today, the world as we knew it ended for me personally, and within a couple of weeks, most of you too.

I flew home from a two week “vacation” via Gatwick, hugged my friends for the last time, visited a restaurant for the last time and what I did not know then would be the last hugs I would receive from any friends, until now, and the indefinite future. Soon I was back busy in the job I was in, working long hours for 2 weeks of “normal” life before it became apparent that the virus really was set to take off in the British Isles, and chaos that has ensued. As someone with previous relevant history, I was urged to retreat to home 1 week prior to the rest of the UK, when the Prime Minister announced that now infamous lockdown speech. That’s an incredible 13 weeks ago now.

What not many of us knew then was how long we would be locked down for. (Except for maybe Dominic Cummings).

However, none of this came as any surprise to Father God. (It may have surprised the Churches and Church leaders, but it didn’t surprise Him).

The verses God highlighted to me and some others at the start of this crisis, were from the lesser known Old Testament book of Haggai, Chapter 2 : 6-9 where it states:

And so it has been, and is.

The fear pandemic associated with the virus was, and is, from the pit of hell.

Similarly, the heart-breaking race issues now surfaced and bubbling over in a fresh wave of anger in the Western world are not from God, but God is allowing this exposure, to rectify the problem, and eventually bring good and true equality which hasn’t previously existed. The answer will never be in earthly answers, the root issues can only ever be solved in the spirit realm.

And don’t be surprised if the next wave after fear and anger is greed.

The Lord God Almighty IS in this crisis and now post-pandemic emerging, anger-filled, shaking, pretty crazy world. He is allowing things to be shaken. It’s heart breaking to watch what’s going on in USA right now, but despite what it looks like, God is not absent. Indeed He is shaking all nations in this time. And as these verses remind us, as the economies of the earth begin to be shaken now and in the months ahead more and more and more (not my prediction, simply repeating the Bank of England’s clear indication that because of this unprecedented lengthy very costly lockdown, we are now set for the worst depression in more than 300 years), silver and gold belong to the Lord. He is Sovereign and in control. Light is to get lighter, as the darkness gets darker.

That does not mean things won’t get catastrophically bad by world, earthly or economic terms, it just means He is in control, and it’s an opportunity for people to renew their Christian foundations and make Almighty God their new or renewed primary foundation in life now, before that begins to really hit hard by Autumn, if not before. Suffering is never something we were or are meant to be immune to. It’s something we can expect and yet choose to rejoice and grow amidst. (Easier written than done, of course).

This time has been an opportunity to slow down and reflect a bit more on life, for many.

But for many others, particularly those in difficult home or family situations, it’s been a torturous hell. Not everyone has a lovely domestic life with a spacious home and garden.

For many Protestant background Christians this has been a ‘Selah’ time, provided by God for many in the Body of Christ to pause, rest and lean in to Him. Sadly, many ministries seem to have just tried to replicate everything they were previously do do doing, just in an online format, thus missing so much of the point of this time for them. Failing to listen and recalibrate.

However much I have personally enjoyed some aspects of this time, my Spirit also stirs and daily asks the question, is it not soon time to come fully out of it? Are we really supposed to just accept a “new normal” or what many others believe is a subtly demonic, dark, way of life now being enforced upon us as forced closures on places of worship still continue in Northern Ireland, yet citizens begin to wilt away in loneliness and isolation, and children begin to be psychologically manipulated into being taught it’s ok to be physically and emotionally distanced from others?  Surely elderly (and indeed younger) Godly people deserve their human right to worship in their traditional Church buildings, freely, every bit as much as alcoholics have the human right to purchase vodka freely in the current climate, without the need for excess Government control. One wonders where are all the Christian leaders willing to speak up and finally act with fresh vigour and candid courage for their elderly (or younger?) in their congregations (or otherwise) who have little or no other voice? Or are they just happy to rest and let many of their ‘flock’ wilt away?

Despite what the situation conveys, however, people are arguably more spiritually hungry than in a long time in the UK, and most people are beginning to be smart enough to realise that in Northern Ireland alone we just might need Him more than we’ve done in a generation.

On Friday night I experienced the encouragement of this reality, and amidst our nations growing pain, I had the privilege of praying with, and for  someone to begin a new lifelong relationship with Jesus. This person had been in a 3 month hellish time during this lockdown period. She is absolutely not the only one. 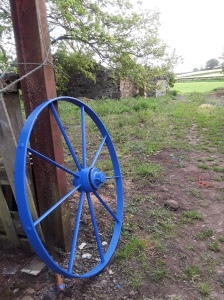 The wheels of life and the seasons are moving onwards again.

Thank God He is faithful and unchanging in this constantly changing  chaotic, crazy, troubled world.