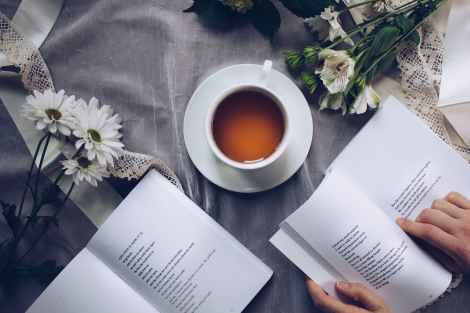 Photo by Thought Catalog on Pexels.com

HAVING SHOCKED you with my photos last time, I hope you’ve realized by now my intentional opposite spirit to the majority of social media, (which is often aimed at presenting perfect portrayals of one’s life to others). I am very happy not to do this, and secure enough to share my self-deprecating times, whilst no desire to boast of any of the positive things I possibly (only foolishly) could.

The fact is, all of us have ups and downs in life. Some more of one than the other, for sure. But eventually seasons change. Even hellish ones – even for Job. (So hang in there if you’re feeling the fire. Fire has purpose. Gold is forged in the flame).

It’s easy to focus on the negatives and things we don’t have, rather than realising and recognising how much we, in the first world, have been blessed with. Social media only fuels that lust or covetousness.

(Social media can also be used for good, though, don’t get me wrong – just more subtle and difficult to spot these days perhaps!)

The fact is, I’ve just had a very blessed and privileged, miraculous 9 months in Northern California, trying to not least rectify and overcome recent chronic health issues, after a very arduous number of years. Despite many people’s typical NI negativity and judgementalness, this time last year – thanks to Father God’s instigation of the idea and plan in the first place – his faithfulness, goodness, provision, my own stubborn faith, determination, prayer; support from my phenomenal friends &family and fulfilment of prophecies, it happened. This was in itself, A-MAZ-ING.

Not even an accident bouncing off a tarmac Redding road can dampen my gratitude or lasting focus on the huge privilege of this happening at all, (and to my supporters and true friends, I can only again thank you SO much and praise God for so much GOOD that happened, fresh ongoing inner growth, learning, chunks of privileged time in prayer, special times with quality people, amidst a lot of other fairly – yes crap – things along the way. And this is not the end, there will be more good to come from this past year. More to come on that in future post(s). (Let’s just say this isn’t being written or published in Northern Ireland).

Americans have certainly again rubbed off on me. (But don’t worry dear Norn Iron folks, I rubbed off quite a lot on California too – not least with floury soda and wheaten bread).

Just this morning I was talking with an English friend about the latent negativity of our British Isles, versus the phenomenal “can do” attitude of general America. The latter is incredibly liberating. The former also incorporates the negative ‘tall poppy syndrome’ – where we chop others down in the British Isles if one starts to grow a bit too tall(!) After all, we wouldn’t want our ‘brother’ to get a big head would we?!

This is a horrendous aspect of our culture, (but doesn’t mean we have to just accept it or fuel it, by the way). I have been hugely impacted by one American friend in particular, who despite going through so much tough stuff, endlessly and relentlessly chooses positivity. And never ceases to encourage others, despite going through her own crap.

“It’ll save your life if you do it,” (choose positivity).

She definitely has a point, but I’m still also an unashamed passionate believer in being real too.

Mental health is damaged and destroyed by denial and shoving down negative emotions, simply to cause havoc another time when eventually they re-surface in some other form. Perhaps that’s why America has such a huge mental health problem, covered up and so far being largely ignored (or simply medicated with powerful pills)*. Everything was deemed to be, ‘awesome’ in Redding, and if it wasn’t, the sentiment portrayed unspokenly was, ‘what’s your problem?’ (But we’ll save that one for another day!).

After growing up in thick Northern Ireland religion, being free and honest about things is a massive step on the next road towards freedom and health of a tripartite variety.

Honesty brings release. The truth sets one free. But of course, not everyone wants one’s honesty- and that’s something to be careful of – but that’s ok too. It’s a joy to be free from no longer needing such others’ approval or affirmation in one’s life. God’s affirmation – as good, good Father – truly is enough. This is true liberation!

Comparison is the thief of joy. Passive social media consumption fuels this robbery, something social science research is more and more confirming.

I love Northern Ireland, but have no desire to fuel its (often fabulous) people’s jealousy or gossip-ridden tendencies, by writing much more about my “awesome” tales of California here (hence didn’t, intentionally, between Christmas and Easter). (Stick to the kindness and hospitality, Northern Ireland folks – it’s when we’re at our best).  I’m thankful for being reminded of the latter too, this past year. There is so much power in a loving cup of tea and fresh baked Irish bread! I’m thankful, too, to have apparently inherited a tiny, previously hidden particle of our amazing Mum’s incredible Ulster baking gene.

Thankfulness in life is a great antidote to all negative circumstances. It’s not always been my default, but an active choice. It’s no coincidence the New Testament counsels believers to, “Give thanks in all circumstances”.  I think I shocked myself as much as others when lying in a California medical facility I could only keep repeating (totally sincerely), “Thanks so much,” every 5 minutes, to the fantastic medical staff who humblingly helped me and sorted out my acute injuries after the April accident. It was totally genuine gratitude on my part. A gut response to the whole accident, as I was aware of a justified feeling of being extremely grateful to be alive. It was nice to know some character has been formed in the fiery trials of the last decade or so. I was and am ongoingly so, so thankful I was not ‘mangled’in this most recent one.

Blaken, my PA, as I’ve told many of you in person, was a gift from God (Blaken: suck up the encouragement – its my privilege to heap it on you). Her warmth, good humour and kindness, amidst hers and colleagues’ excellent clinical skills, made a world of a difference in a very crappy situation.

So, too, as I’ve posted before, and unashamedly repeat, did my housemate and Texas friend Andrea. Her care and phenomenal commitment to support me through such a tough time will never be forgotten. I am so thankful for many fabulous Americans – such as these and plenty more – I met along the way, counteracting negative experiences I did have earlier in the year.

In addition I’m very thankful for Bethel Church as a wider whole, its senior leaders and all the great stuff it’s doing, but more than this, is just BEING – as a city on a hill that can’t (and won’t) be hidden in these changing times we are living in on planet earth. Quite literally up there on College View, Redding, with it’s huge global online audience and followers. It’s far from perfect yes (there are humans involved!) But I’m now happily putting any and all of the negatives behind me (we can chat about those in person).

The fact is, you get lousy people and incidents to deal with everywhere. That is life. I can probably – in fact definitely – be one of them at times. But America is also full of some amazing, kind, more than decent, warm, wonderful, generous-hearted people. And I am thankful to have had the blessing of connecting – and reconnecting – with many this year. In fact I miss them, and America, more than I ever imagined.

Believers have a call to be different, and make a difference. I am thankful in a world full of often thankless people, that I get to choose to, ” press on”  with an attitude of gratitude.

Oh, and I might as well finish what I started, by telling you I’m very thankful my elbow is healing well too:

Scars can and will be beautiful too.

Thanks for stopping by.